You are here: Home / Archives for Places / Australia / New Zealand 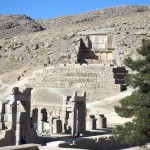 Need a little holiday inspiration for the new year? We’ve scoured the weekend supplements to see what the top tips are for 2014. From brave new frontiers to hot beach destinations, there’s a good spread of new horizons to tackle. Not enough recommendations below? Then check out the Manchester Evening News’s list of the best places to take a selfie in 2014, which is either … END_OF_DOCUMENT_TOKEN_TO_BE_REPLACED 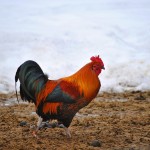 A man has had a cargo of cockerel testicles seized and destroyed by customs officers at Auckland airport. The man, who was attempting to bring in around 2kg of testicles from Vietnam, had placed the items in a chilled bin along with fish and other food for his family. Used as a food by many and known as 'chicken beans' in the US, the cockerel testicles apparently have a … END_OF_DOCUMENT_TOKEN_TO_BE_REPLACED 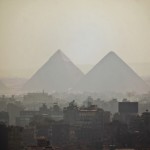 Christmas has come early for the city of Cairo after snow fell on Egypt's capital for the first time in over a century. The Middle East has been hit with a fierce weather system which has seen the normally tropical countries such as Egypt, Israel and Syria covered in a light blanket of snow. The white flurry started settling in Cairo's suburbs on Friday to the … END_OF_DOCUMENT_TOKEN_TO_BE_REPLACED