You are here: Home / Archives for News / Accommodation 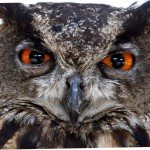 Travelodge have released their list of items left behind - including thousands of pounds worth of dresses, pets and a collection of London landmarks made from towels. We’ve compiled the most interesting items from the list of abandoned possessions at the chain’s 500-strong empire in 2013. And incredibly, we start with the least ridiculous item on the list with... A … END_OF_DOCUMENT_TOKEN_TO_BE_REPLACED

A campaign to support Airbnb to continue operating in New York City has now attracted over 200,000 supporters. It has now set a target of 250,000 supporters on its petition to the New York Senate. The campaign was started by a New York host on the sharing economy support site Peers, and was later emailed around Airbnb's membership by the site's management. However, the … END_OF_DOCUMENT_TOKEN_TO_BE_REPLACED