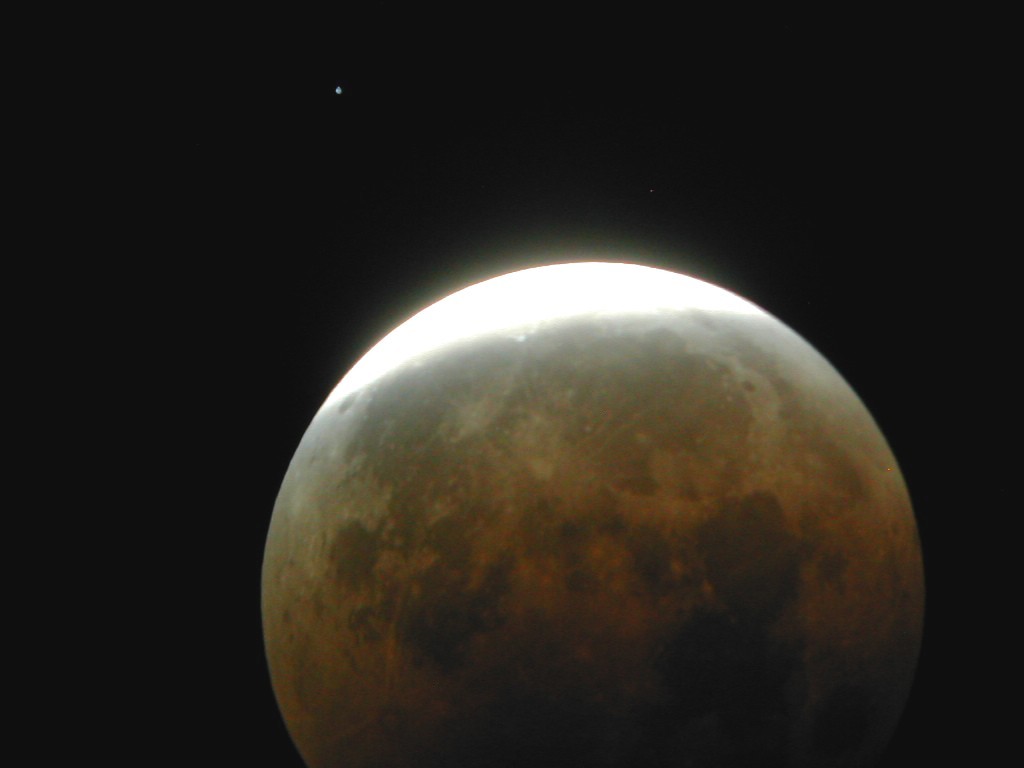 A picture of a lunar eclipse captured by Mike Alexander

Comet Ison may have hit the headlines with its close encounter with the sun but it isn’t the only heavenly body you can spot this winter. With auroras, meteor showers, planets and galaxies whirring overhead, Tim Clark headed to the Galloway Astronomy Centre to delve into deep space…

The knock on the door is so muted it seems almost embarrassed to break the silence. Being roused from my slumber at 4am isn’t usually something I relish, but in this instance it’s exactly the wake-up call I had asked for.

Armed with a hot chocolate, a pair of gloves and a torch, Mike Alexander beckons me to follow him into his garden, across his snow-strewn lawn, and into his shed.

While the wind continues to howl across the lowland plains of Scotland’s Galloway peninsula outside, inside Mike’s humble shed I marvel at a device which would make even the most elegant hotels in the world envious – a 16-inch wide optical telescope.

With the flip of a switch the shed roof rolls off to reveal the canvass of the sky above. Sipping his cocoa Mike trains the lens on a faint smudge near the horizon and asks me to peer in. As my eyes adjust it transforms into the swirling shape of Andromeda, a galaxy that looks every bit of its 220 000 light-year diameter. 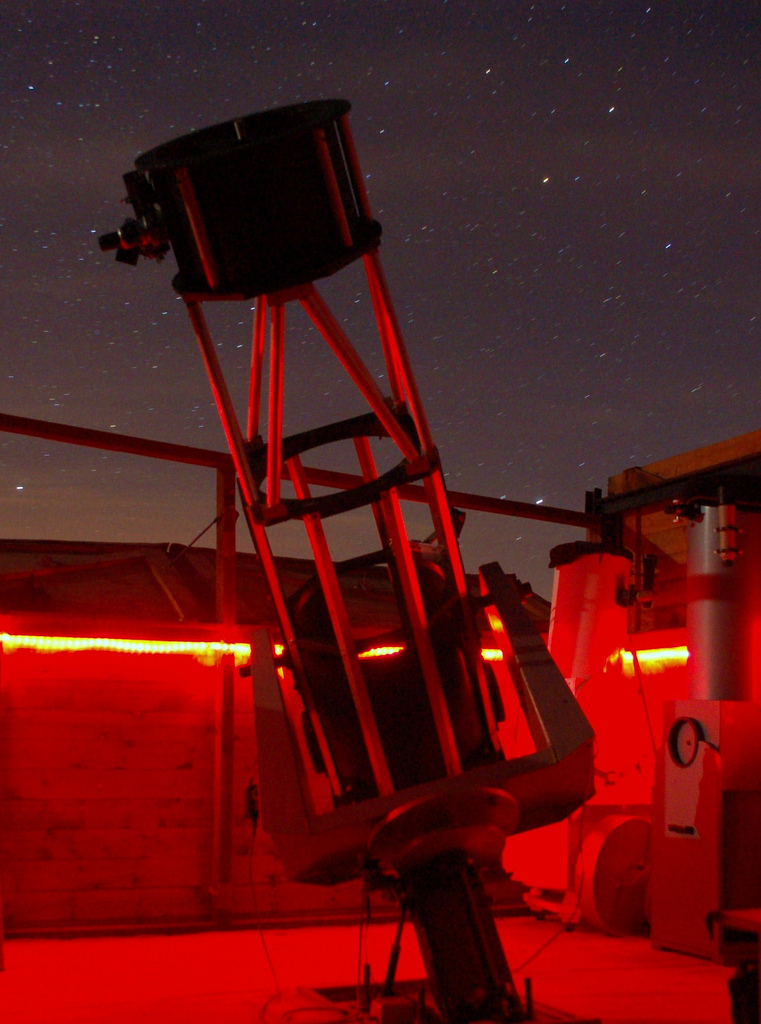 The telescope at the Galloway Astronomy Centre

A moment later in a different area of the sky, a tennis-ball sized Saturn, complete with its rings, drifts gracefully into view.

Pivoting around the telescope to seek out new interstellar prey with his laser pen Mike asks me to put my hand near the observatory wall: “See that,” he says. “That’s the light of Venus casting the shadow!” he says.

Stargazing is a beguiling experience, more akin to a safari than any normal holiday – half the excitement is found in trying to spot the prey before it disappears over the horizon. Yet the subjects aren’t endangered, they are simply over-looked, or seemingly out of reach for us most of the time.

Civilizations have been captivated by the heavens for millennia, yet in modern times your are more likely to find people staring into their Samsung Galaxy’s than up into the Milky Way, while light pollution has made it difficult to observe the night sky.

However in recent years there has been growing demand for stargazing holidays, with Galloway considered one of the best places in the UK to see the night sky. The area was awarded Dark Sky Park status in 2009 in recognition of the peninsula’s pristine night skies. Since then Galloway has been joined by several more locations including Sark in the Channel Islands and Exmoor National Park in Devon.

The award has sparked the imagination of the area, with a number of events scheduled each Winter to make use of the long, dark nights. We prepared for our evening of upward gazing with a hearty meal at the Selkirk Arms in Kirkcudbright. The Selkirk’s co-owner Chris Walker has even had a beer, the Galloway Stargazer, specially brewed to celebrate the area gaining Dark Sky status.

At a healthy 4.2% Stargazer helps keep out the cold through the long nights.Mike and his wife Helen moved up to Galloway in 2002 to set up the Galloway Astronomy Centre, a mix of friendly B&B hospitality and a hands-on guide to astronomy. Ever eager to share his knowledge of the skies with guests, Mike makes his observatory available for viewings whenever the weather allows.

When the telescope is not in action we found ourselves content to read up on the stars from the comfort of the B&B, which is stocked with enough books and manuals to keep even the most ardent amateur astronomer busy for hours. 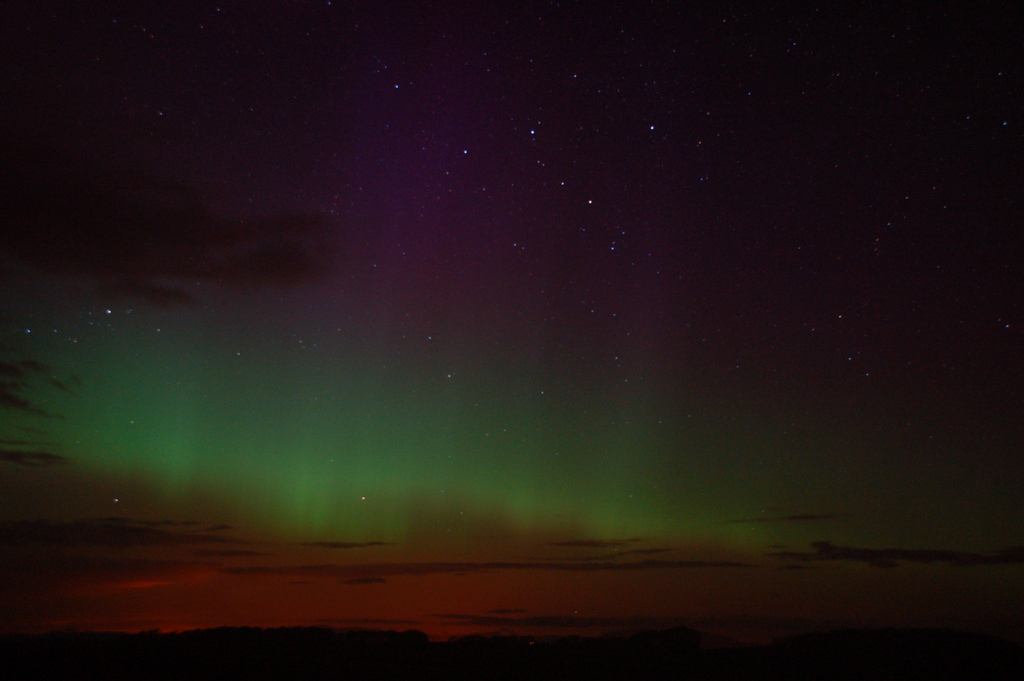 Aurora spotted from the dark sky park in April 2012, by Mike Alexander

We all may have read and watched footage about our solar system, but seeing a planet with your own eyes evokes an almost child-like reaction. The sheer scale of the universe above our heads is beyond comprehension, and watching the perfectly-formed rings of Saturn glide by is a little like Christmas, but for adults (We also learnt that the day after we left a green arc of the aurora borealis was observed from the same spot).

After an hour Venus has soared into the sky while Saturn has disappeared for the night, with my meteor count up to eight we headed back in doors to sleep through until a late breakfast, content in the knowledge that the solar system will carry on regardless.

Accommodation at the Galloway Astronomy Centre at Craiglemine Cottage, Glasserton, (01988 500594; www.gallowayastro.com) costs from £28 per person.

For more information on the Galloway Sky Park visit www.forestry.gov.uk/darkskygalloway