You are here: Home / Features / Placecrush: Stay in a Nazi holiday camp 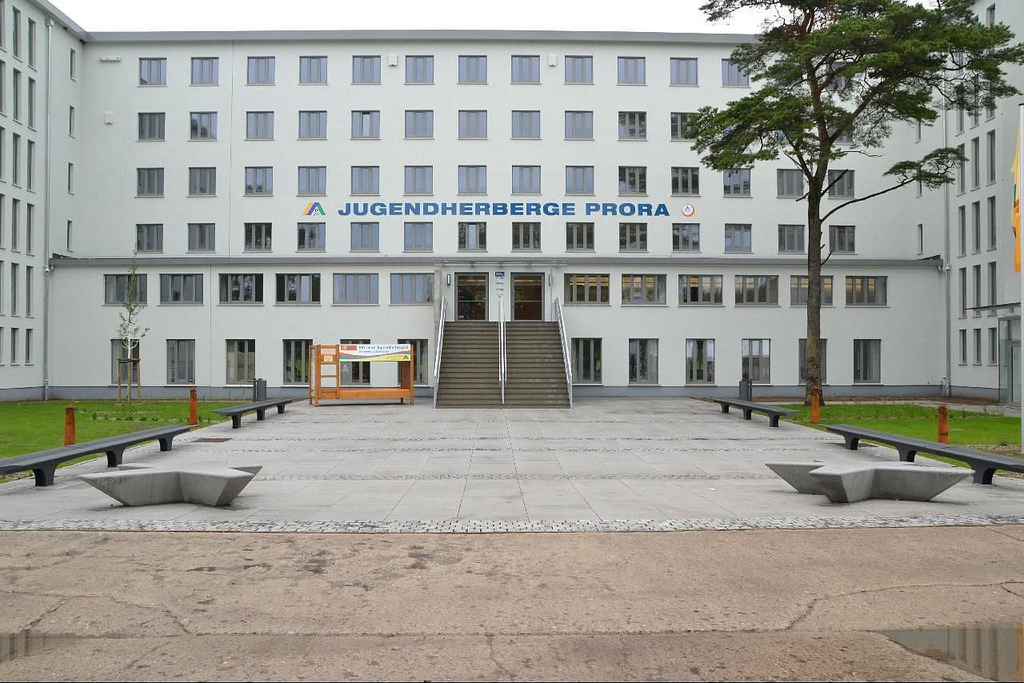 Want to get away to the beach, but also want to take in some history and architecture at the same time? Here’s an unexpected solution: Prora, on Rügen Island in Germany – a massive holiday camp built by the Nazis.

It never saw use as a holiday camp, but it has now been reborn as a massive hostel. (Not the whole thing, mind; it’s three miles long and six stories high.)

It’s a great spot to make the most of Rügen Island, off the coast of the German coast in the Baltic Sea, during the height of summer. There’s beautiful white beaches and chalk cliffs to explore, and you can walk away from the finished buildings to see the remains of sections of the camp that were never completed.

There’s also, unexpectedly, a British Submarine Museum a short bus ride from the island, because of reasons.

Easiest access from the UK is to fly to Berlin and take a four-hour train up to the coast. There’s more information on the hostel website.