You are here: Home / News / Airlines / The world’s longest flight is over – but a new plane could soon set records 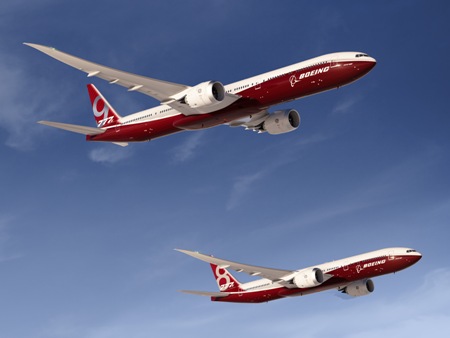 The top three longest flights in the world are no longer available. TAI’s 8,676 mile-New York to Bangkok flight stopped five years ago. Singapore Airline’s LA to Singapore 8,770-mile slog ended a month ago (it now goes via Tokyo). And the same airline’s last Newark to Singapore 9,535-mile journey flew for the last time last night.
The world’s longest direct flight is now the 8,578-mile long Sydney to Dallas route, flown by Qantas. This is now such an outlier that you can’t even fly from Dallas to Sydney: it stops off to refuel on the way south. The reasons have been carefully documented by Bloomberg Businessweek (nutshell version: fuel costs and high-end, low-volume seats on board killed off ultra-long flights).
But is it possible for longer flights to make a comeback?
Simple geography shows there isn’t much room for longer flights: Buenos Aires to Shanghai are the world cities closest to being on the opposite sides of the Earth, at 12,197 miles apart. A more likely world city pairing for direct flights are London and Sydney, at 10,560 miles.
Now we just need a plane that can get that far. The odd plane could make it across the world, but would do so without the weight of the rather important passengers. There used to be the odd hint at modifying existing models to make that London-Sydney direct run – but that was before fuel prices went through the roof.
But that was until the wraps were pulled off the Boeing 777-8X earlier this week, which can at least cover 9,400 miles.
We’ll have to wait until 2020 to see it enter service, but it’s already proving popular – and there was one last interesting tidbit that went unmentioned in the text of Businessweek’s article. Look carefully at the piece’s diagram and you’ll see an expected Sydney to Rome route for Emirates – clocking in at over 10,000 miles.